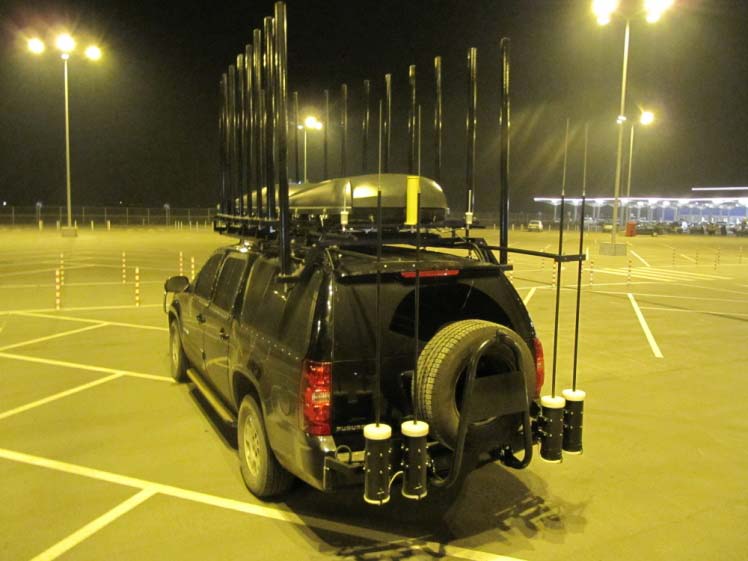 The purpose of  Mobile Jammer BJ™VIP-300X2v4 is to ensure protection from radio-controlled bombs.

BJ™VIP-300X2v4 Mobile Jammer is equipped with 32 modules. They are wide-band and cover the frequency range of 20 MHz – 3 000 MHz.
The frequency ranges and the separate modules power are determined for jamming the ones most-frequently used in terrorist acts, including those of robots, the receivers of cellular and satellite phones, as well as GPS systems. The modules are mounted in one common transmitter unit (rack case), which is mounted on the top of the vehicle.

.BJ™VIP-300X2v4 is controlled from a remote control unit, which is located inside the vehicle.

BJ™VIP-300X2v4 complies with the requirements for work in static and mobile modes. It has its own shock absorbing system and a filter-ventilation unit. It is equipped with an electronic protection system, which ensures its flawless operation.